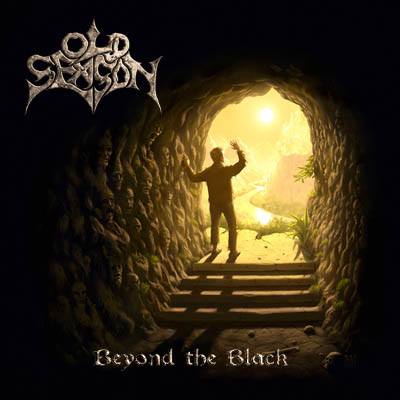 Beyond The Black available now!

A limited edition double vinyl of our critically acclaimed album “Beyond the Black” will be released on the 25th of May 2018.

The album will be available to pre-order via the PureSteel Records online store from the 11th of May 2018 and from our Merch store on the release date.

There will be a limited quantity of 300 black copies available, so make sure you pre-order your copy and own this unique edition of “Beyond the Back“.

Side C
1. Rivers of Cepha
2. Words From Beyond…

Old Season have launched their new line of “Beyond the Black” T-Shirts, which can now be ordered from the Merch Store. 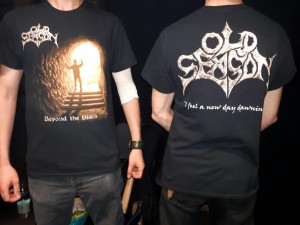 The shirt comes in a range of sizes to suit all fans and features the stunning album art to the critically acclaimed “Beyond the Black” on the front, along with the classic Old Season logo on the back.

The shirt is available to order now from the Merch Store. Click here to place your order now.

Old Season will officially launch “Beyond the Black” on the 9th of June 2017, in Scraggs Alley, Co. Carlow.

The album was released worldwide on the 19th of May 2017 through PureSteel Records and has since received widespread positive reviews from across the world.

It will be our first gig in over 2 years and will include performances of tracks from “Beyond the Black”, as well as classics tracks from “Archaic Creation” and “Volume One”.

“Beyond the Black” is now available to order online from oldseason.com!
Since the album was released on the 19th of May 2017 worldwide through PureSteel Records, receiving positive reviews from The Dark Side on Wireless FM and PowerMetal.de and air play on multiple internet radio stations around the world.

The CD can now be purchased from our website by clicking here, as well as on the PureSteel Records website. 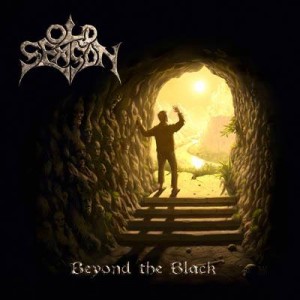 “Beyond the Black” now available in Merch!

Old Season are pleased to announce the official release of our newest album “Beyond the Black“.

The album is our third release following on from 2009’s “Archaic Creation” and our first to be released with PureSteel Records. The album will be available for purchase on CD from the 19th of May, 2017. The pre-order date for the album will be the 5th of May, 2017 via the PureSteel Records web shop.
The first single off the new album, Scavenger, is available to stream on Soundcloud, while our full track listing can be viewed here.
For more news and up-to-date information, you can follow us on Facebook, Twitter and Instagram.

To view any of our merchandise, click on the Merch tab at the top of the web page.

Old Season are pleased to announce the following shows:

No Sleep til Dublin
Siege of Limerick

Old Season will play alongside Solstice (UK) and Crossfire (IE) in the Pint Bar on Eden Quay in Dublin 1 on Saturday February 22nd. Doors open at 7pm and entry is €15.

It brings us great pleasure to announce that Old Season are once again ready to hit the stage… The departures of Frank and Doyler were unfortunate but the proud arrival of new bloods Jimmy Kiernan (Guitar) and John Bonham (Vocals) has given the band a fresh approach to our new material. We look forward to seeing you soon

After eight years and two well-received releases, it is with regret that we announce Frank Brennan’s departure from Old Season. We would like to thank Frank for his contribution to the music over the years and we wish him all the very best in the future.
We are now looking for a singer to front our band. Anyone who is interested, please send a representative recording of your singing style and ability to oldseasoninfo@gmail.com
We will accept submissions from all corners of the world.